The Dacey Mine Car - a gift to Cantley

It all began over a year ago when Cantley’s Nelson Lawlor generously offered to donate an historic car to Cantley 1889. He had one condition - that it be restored and installed near Cantley’s tugboat in Parc Mary-Anne-Phillips to tell about Cantley’s significant mining heritage.

Nelson discovered the cart on his property, resting on its side in amazingly good condition, complete with some of its railway track, at the site of the 1890 Dacey Mine. It was used there for mining apatite, mica and calcite at various times throughout its long life.

The cleverly-designed cart resembles a miniature but heavy steel railway car. Miners loaded rocks and waste material from the mine into the bucket of the cart, then pushed it along its rail track. By unlatching the long handle, they could release the tailgate which enabled the cart to tip letting the material dump out. The cart is on a swivel so the bucket could be turned as far as 180 degrees each way. This allowed the material to be dumped in different places at the sides of the rails and could easily be turned around to be pushed back to the mine. Before installing it in the park, the moving parts of the cart had to be welded in place for safety reasons.

Volunteers spent the summer of 2016 preparing the cart for the move to the park – reconstructing the ties for the original rails that it is resting on, cleaning it, fabricating and painting blocks and fasteners and welding its moving parts, drilling holes for drainage and collecting rocks and minerals to fill its bucket. Finally, on October 18th, the car was moved to its final resting place in Parc Mary-Anne-Phillips. Volunteers filled the cart with rock and mineral samples collected from Cantley’s Dacey and Haycock mines. These are stunningly beautiful, especially the pink and white calcite, green apatite, and shiny mica.

In 2017, Cantley 1889 will be installing a plaque explaining the historical significance of mining to Cantley, the Dacey Mine and its car. Research and markings on the cart indicate it was manufactured in Hamilton Ontario by Hammant Steel Car and Engineering Works which named it a “Rotary Mine Car”. It is approximately one hundred years old.

Thank you especially to Nelson Lawlor, to the Cantley 1889 volunteers and to Peter and Marc Prud’homme who generously donated their time and welding skills with the portable welder borrowed from Bellai Brothers Construction Ltd. Thanks also to the CLD and the Municipality of Cantley for funding.

Just as the tugboat was restored and installed to show Cantley’s logging heritage, the car enriches our community by telling of our significant mining heritage – a uniquely special gift to be appreciated by us now, and by future generations.

Nelson Lawlor and his Dacey Mine Car Donation 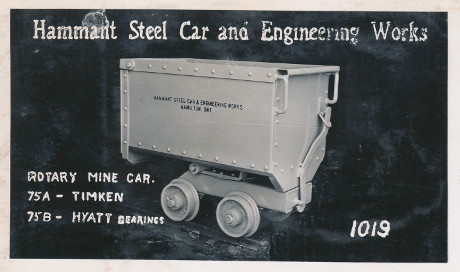 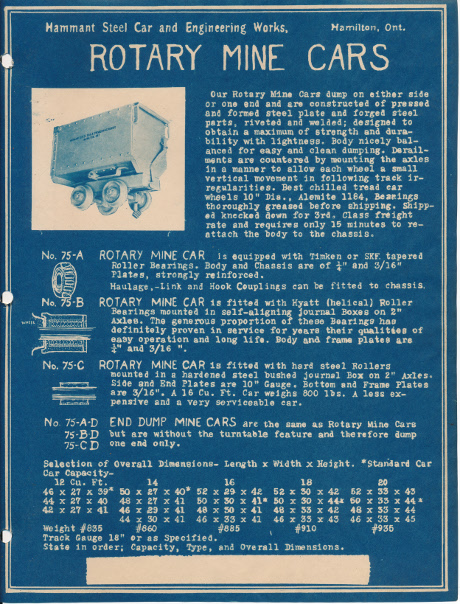 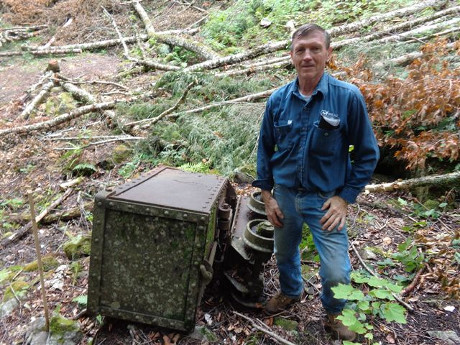 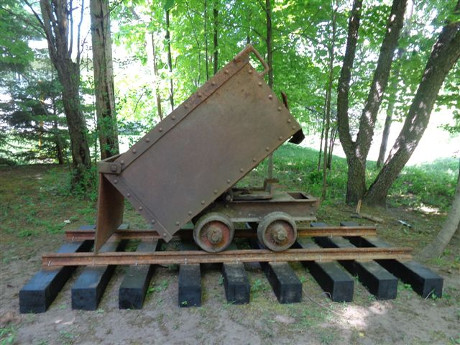 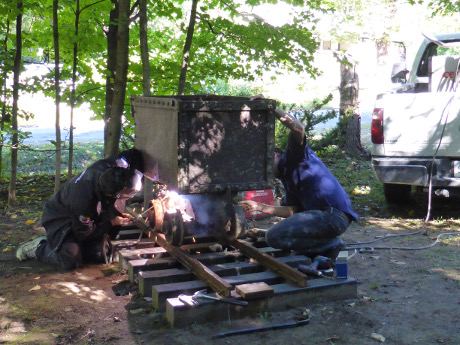 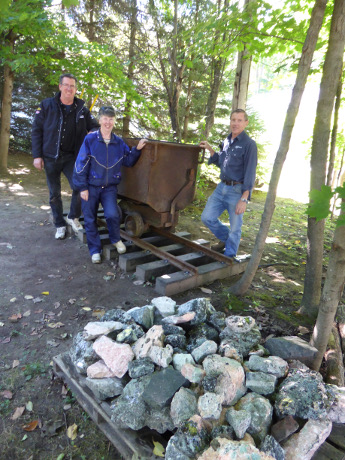 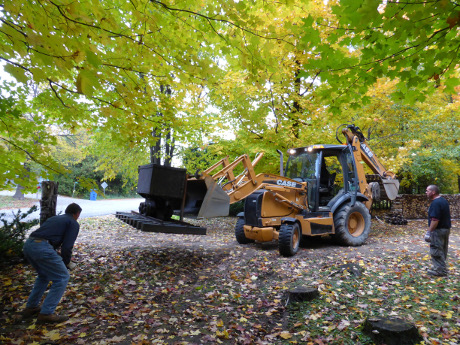 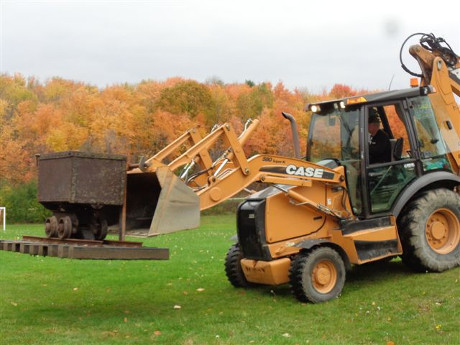 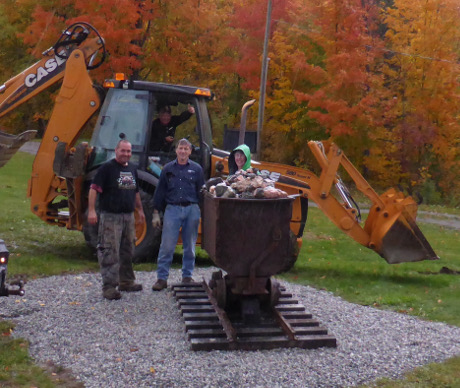 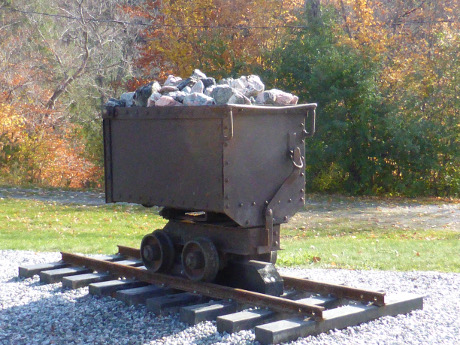 From a sales catalogue circa 1905, courtesy Walter Bartens.
From a catalogue circa 1905, courtesy Walter Bartens.
Nelson Lawlor with the car as it was found at Cantley’s Dacey Mine, Aug. 2015.
Ore cart could dump and swivel when handle was released.
Peter Prud’homme (left) and son Marc volunteered to weld to make cart safe.
Peter Prud’homme (left) with Patricia Lawlor (volunteer) and Nelson Lawlor (donor) – work is finished, ready for moving day. Dacey Mine rocks (foreground) will fill the bucket.
The cart begins its journey, Oct. 18, 2016.
Arriving at Parc Mary-Anne-Phillips.
Installed! Walter Willcott (left), Nelson and Patricia with Robert Dubeau in his back hoe.
November, 2016.